Factom is a cryptocurrency that works on data integrity. It uses Blockchain technology so that it is more secure and cannot be a sale, stolen and hack data by any hacker or person. Factom is working on the top of the Bitcoin’s Blockchain.

Factom cryptocurrency creators predict the main difficulties of the functioning of digital Currency in 2015, and they successfully implemented the technology of increased size of one block into 1MB and created Factom Blockchain finally.

The idea of Factom initially rise in January 2014 at the time of the conversation between Paul Snow and David Johnston about Blockchain could use in the different forms.

Hance, Github Community comes within six months of conversation, and within the year Factom Version 0.1 released.

Finally, In March 2015 first token (Factoids) sold. Factom history was partnerships with major government institutions like Honduras and the Departement of Homeland Security is located in the US. The purpose of partnerships is to secure the land deed record and avoid Fraud.

What is Factom cryptocurrency?

Factom is an open-source data layer protocol, built on the top of the Bitcoin. It provides to user and business to make use on the top of Bitcoin’s Blockchain.

Bitcoin’s Blockchain has the last 8 years is proof that it is most trustable record monetary transactions. Blockchain designed for core constraints that are not focused on solutions.

While Factom is designed to take benefits of Bitcoin Blockchain security and immutability.

Once any data are stored on the Factom interface, it can not be changed and stored permanently.

For the reason that this is a trustable record. All other copies of the record verifying and the original record is saved safely.

Factom is an authorized leader in providing Blockchain solution. Its clients are the Bill and Melinda Gates Foundation.

Factoids: Factoids (FCT) is Factom cryptocurrency or tokens. It is the same as other cryptocurrencies available in the online markets.

The FCT permits you to enter data on the Factom platform if you don’t have FCT you can not do enter data on Factom. This token is linking the data to Bitcoin’s blockchain.

Factom works on Hash Technology. Hash is a cryptographic function that transforms documents, videos or audio into a fixed number of alphabetical string. This string is used as a digital fingerprint of any document, videos or audio.

Hash will be created with the help of API. Gather these Hash and transformed again into a single hash. This single hash is attached to Bitcoin’s Blockchain like a time stamping machine that can not be revertable.

Any person can take this hash file and match it to his file. Before this, he needs to create his hash file. If both file matches then the file is original otherwise it modified or tampered.

To convert a document into hash Factom uses SHA-356 cryptographic hash algorithm. This is done by three proofs which check what intended to do.

Proof of Existence: When a Factom associat company creates hashes of their digital documents (or any file) these hashes transform again into a single hash and attached to Bitcoin’s Blockchain with a stamp. This hash adds every 10 minutes into Bitcoin’s Blockchain to confirm that the file is exited at a particular time.

Proof of Process: Factom store all entries and validate them on its Blockchain. The process and order always stored.

Proof of Audit: And finally, it attached to Bitcoin’s Blockchain, it did a complete audit before the shutting down of Bitcoin’s network.

How to Buy Factom (FCT) 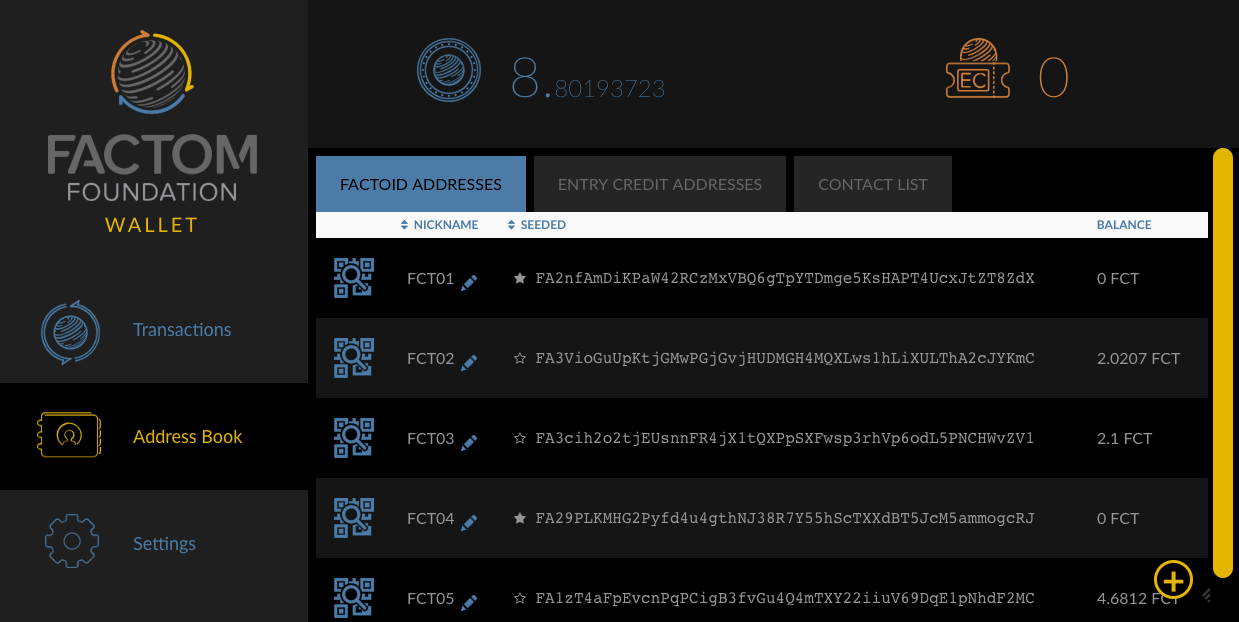 How to data Entered into Factom?

Furthermore, the purpose of purchasing entry credits is removing the use complexity of direct cryptocurrency like FCT user of Factom service. Entry Credits have fixed prices for storing data into the Blockchain.

In this process, EC and FCT both burned and not reproduced again.

It is very cheaper and cost-effective. Factom is using at the place to Bitcoin Blockchain as well as other applications. Application of Factom are giver below-

Security: Factom provides a layering effect of security to ensure the immutability of its block

Large Numbers of Transactions: Factom Blockchain provides tracking capability that helps those want to do large numbers of transactions.

Layers of Redundant Security: Factom also has build-in-layers redundant security which others are not providing.

Factom has mortgage Industries data management tool. They need to continue to grow up. Bring transparency and trust to his users.

Factom also needs to catch fraudulent activity and they fulfill all hopes of their Blockchain community fans.